"Look at that sea, girls-all silver and shadow and vision of things not seen. We couldn't enjoy its loveliness any more than if we had millions of dollars and ropes of diamonds."
--Lucy Maud Montgomery
Posted by Toni at 10:56 PM No comments:

A little help with chairs...

In my previous post on chairs, it would help if I could have edited it the way I wanted, but I am still on a huge learning curve. So the pictures are shown in reverse order. Start at the bottom and work your way up.
As soon as I learn how to insert the pictures WHERE I want them, all will be right with my world!
Posted by Toni at 9:55 AM 2 comments: 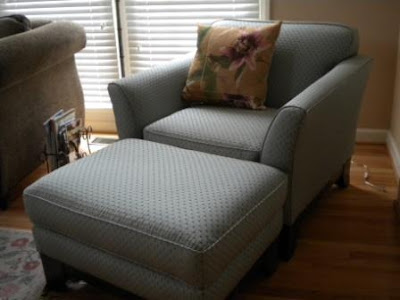 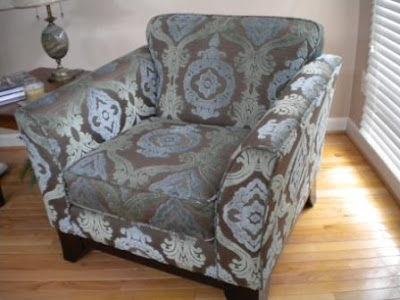 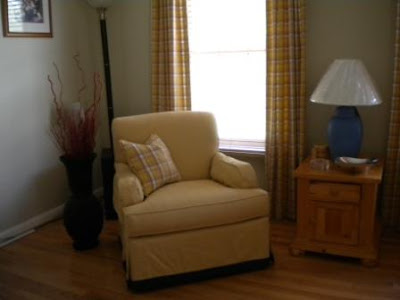 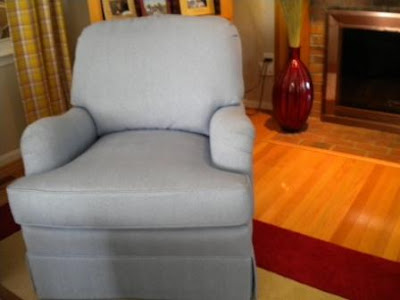 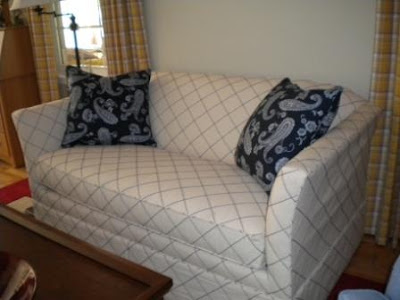 This has been the summer of chairs....reupholstery and new upholstery. It's always interesting to see how behaves when it is covering a 3-dimensional object. The first photo is not technically a chair; it's a loveseat. It is a custom made piece to go into a room with a somewhat nautical theme. Love the contrasting paisley pillows!

In the same room, we reupholstered 2 chairs in a medium blue. These have an English arm and were on a swivel base.

In an adjoining room, we used the same window treatments for continuity. We had a custom made chair to copy the existing blue chairs - same English arm (although they are covered up by the arm protectors), same swivel base, but this time in a yellow fabric, with a contrast band at the hem in navy blue.

On to another beautiful home! In this case the homeowner REALLY disliked her sofa. She said she didn't know why she had spent so much money on something that now she found so boring. I said I didn't think the sofa was so boring, but the other chairs in the room were equally as unassuming. I thought we could jazz up the chairs and let the sofa take a supporting role and everyone would be happier. One chair got the star treatment in a blue & green velvet damask. It was crazy cool fabric & one that I have been dying to use on something.

The other chair is exactly the same chair but it doesn't look it, dressed in this mini print with it's matching ottoman.

We eventually decided to add window treatments (coming soon!) and make brand new cushions (the insides, not the covers) for the sofa for a little more structure.
Posted by Toni at 9:17 AM No comments: