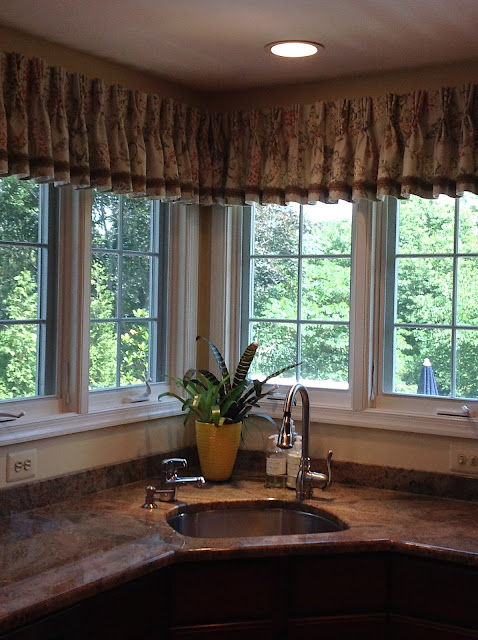 It occurs to me that almost all of the window treatments that have gone out of my studio in the last few months have been rather traditional and almost all of the fabrics have been large scale prints. Dare I say that prints are back? It seems all I did for awhile were plain silks (loved that) or linens (and that) and a few velvets (oh, that too!) And another interesting bit of trivia is that all of the print lovers are about the same age. Hmmmm. 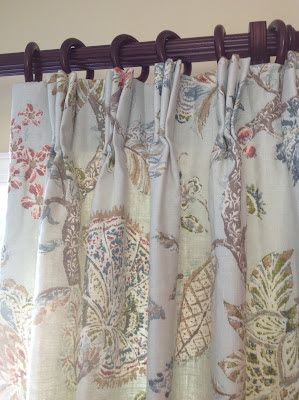 This beautiful print from Kravet was the inspiration for the entire family room, which you will see later when it is finished. But for now, you get a peek at the draperies. These were just simple drapery panels hung from rings. We had to keep some blue in the room because that is the husband's favorite color. 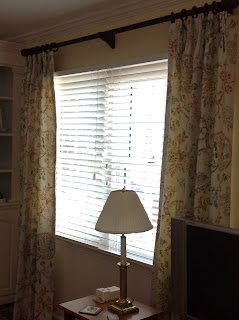 But there was so much blue throughout the house that we repainted the walls in a lighter neutral tone and the background color in the fabric is light blue. 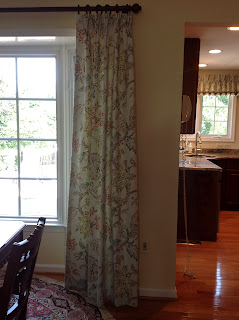 We also had the backs of the bookshelves, which originally were all white, also painted a light blue. Pretty. 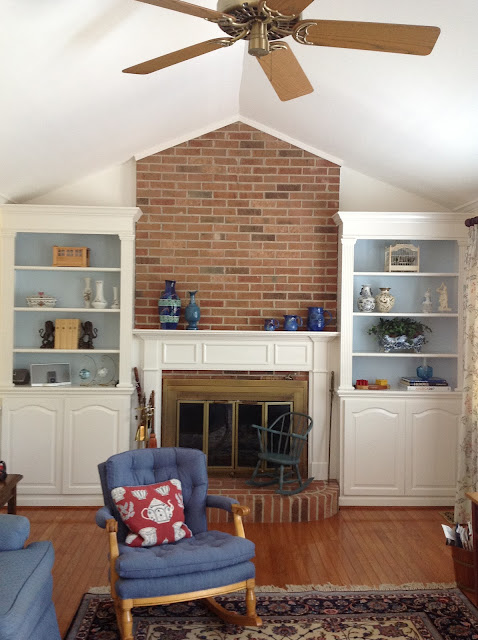 Drapery panels were in the family room and the breakfast area of the kitchen.

This is the sink area "Before": 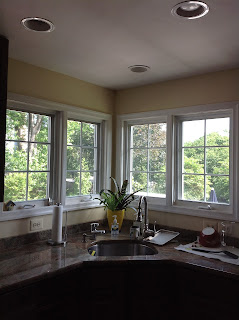 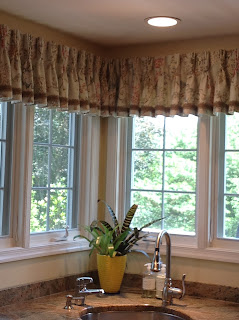 Over the sink in the kitchen we had short pinch pleat valances made, using the same fabric for some continuity, but trimming the edges in this pretty scalloped trim. 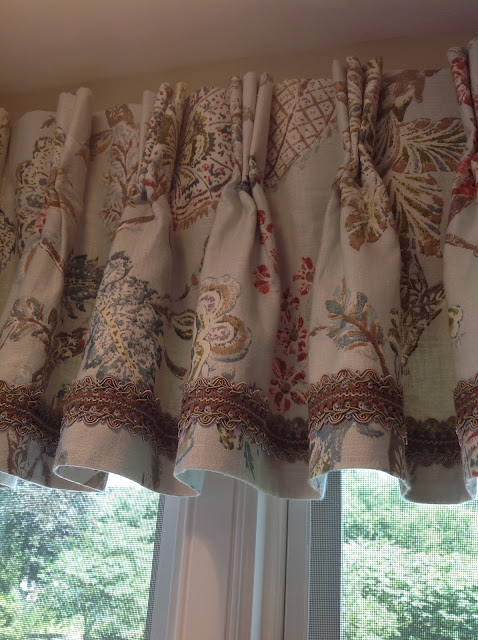 The lining we used was a sort of napped sateen which was like a thick interlining fused to a drapery lining. It really gave the treatments a lot of ooomph!
Hardware by Kirsch. Painting by Fauxtastic Finishes. Trim by Stout Bros.
Posted by Toni at 10:27 AM No comments: